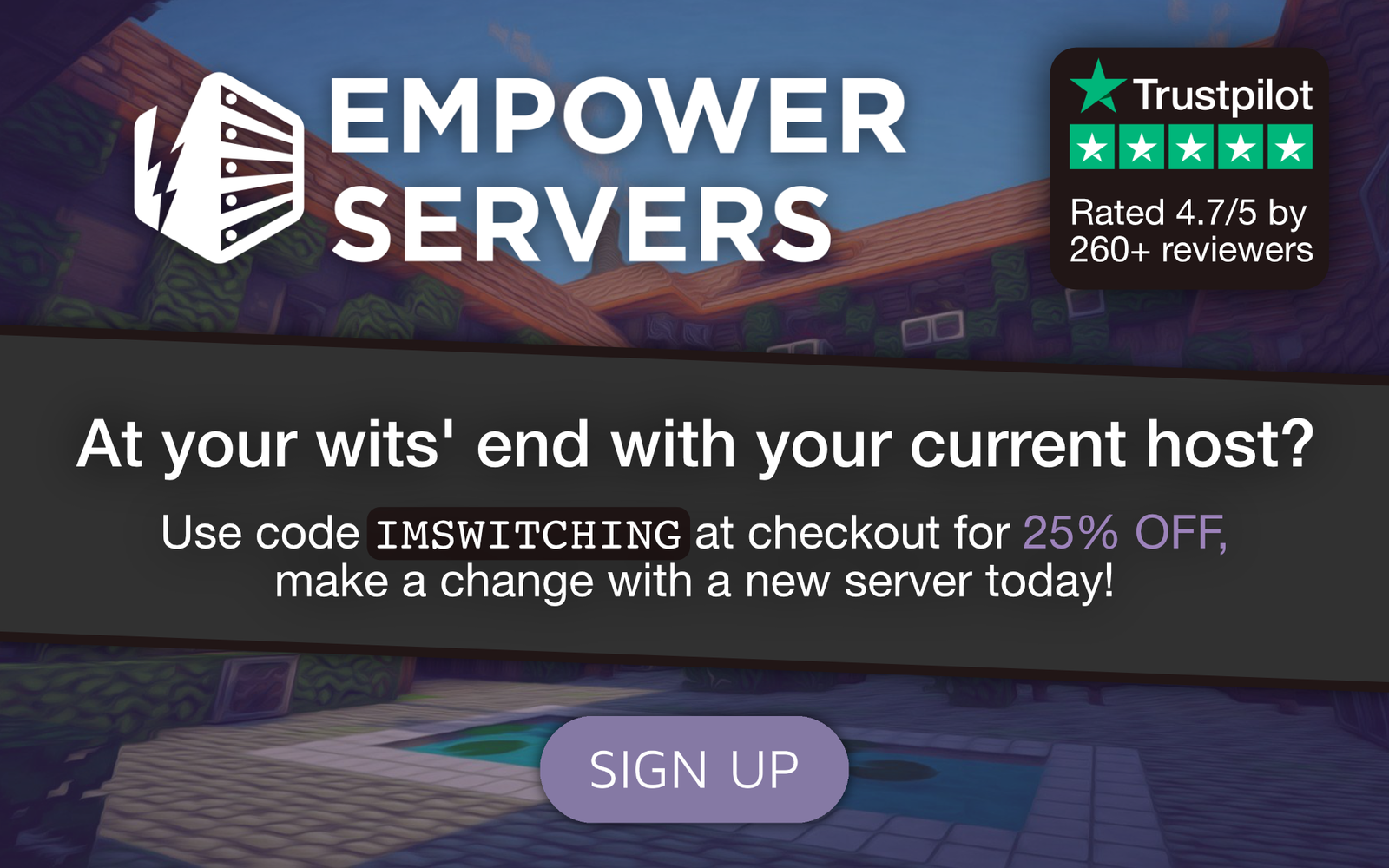 There are many Minecraft server versions to choose from, in fact, the variety of options could be overwhelming sometimes. We'll discuss the main differences between 4 of the most popular ones, Vanilla, Craftbukkit, Spigot, and PaperMC.

The OG version that started them all, Minecraft server Vanilla is an unmodified version, and it comes directly from Mojang. It doesn't support plugins, but weirdly enough, that doesn't make it the best performing version, we'll discuss that later. Since Mojang team works on Vanilla directly, You can use it as soon as the client version is released. In our opinion, it's best suitable for multiplayer custom maps and survival servers with your friends.

Craftbukkit is a lightly modified version of Vanilla, it's the original modified version, it's what  allowed users to install plugins on their servers, which is a good thing, but not always; everyone is able to create Minecraft plugins, regardless of their ability to code, or lack thereof, so some plugins could cause a huge performance decrease. Craftbukkit also doesn't come directly from Mojang, so when a version is released, the team has to wait until the release is published for users, after that, it usually needs hours or sometimes even days to modify the version. Craftbukkit doesn't support Bungeecord, which is quite important for big or medium servers. Although Craftbukkit is not optimized, it's suitable enough if you don't care about slight performance improvement or customization, although we recommend using only well-known plugins to make sure the plugin doesn't affect server's performance, and that applies to any server version.

Spigot is a Craftbukkit fork, and it's currently taking its place for various reasons. Although Spigot is built on Craftbukkit, it offers more in its API, so let's say 99.8% of Craftbukkit's plugins work on Spigot, but you will encounter Spigot plugins that don't work on Craftbukkit if they are using Spigot features. Spigot also changes the gameplay in small details to optimize its performance, one example of that is that mobs don't spawn as quick as they normally would around AFK players. Spigot support Bungeecord, so most big servers use Spigot instead. Spigot has customization settings too in spigot.yml, and if you know what to edit, you can save a lot of system resources. It has been great, but a few users noticed that it's not as optimized as it was before, and thus created PaperMC

PaperMC, formerly known as PaperSpigot is a completely open-source Spigot fork, which helps in keeping it fast, bug-free and makes it support Bungeecord as well. Though it's based on Spigot, it changes a lot of gameplay mechanics, to produce an improved, better user experience. Spigot and Craftbukkit plugins work on PaperMC, and according to their developer on Reddit, they're willing to help you fix the issue if your plugin doesn't. Some users reported using PaperMC without plugins to get a faster Vanilla experience. If you care about optimization or customization, we recommend using PaperMC.There you have it! Now you know the main differences between these four versions, if you have any questions or believe we have missed something, feel free to leave a comment in the comments section below.

Was this article helpful?